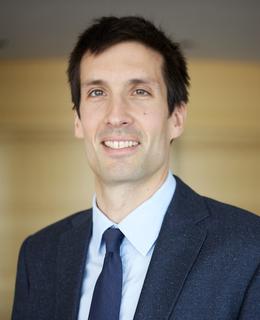 LLB (with Distinction) Environmental Law, University of California at Berkeley, 2006

LLB (with Distinction) University of Saskatchewan, 2002

Martin joined the Faculty in 2013, following several years of public service in environmental and natural resources law and policy. From 2007 to 2013, he was counsel with the federal Department of Justice, practicing law in the legal services unit at Fisheries and Oceans Canada. During this period, he also spent time on secondment to the Legislative and Regulatory Affairs Division at Environment Canada.

Martin's primary teaching and research interests are in environmental, natural resources, and water law and policy. He is also interested in the continuous development of related core areas of law, including constitutional, administrative, tort and regulatory law. Martin's articles have been published in various journals, including the University of British Columbia Law Review, the Georgetown Environmental Law Review, the Osgoode Hall Law Journal, and the Canadian Bar Review. He has appeared as a witness in regulatory hearings and committee hearings of both the House of Commons and the Senate, and as counsel before the Supreme Court of Canada. He is currently a member of the federal Minister of Environment and Climate Change Canada's advisory council on impact assessment.